A range bound trade is expected today as the Markets continued with its up move yesterday and today, it shows a mild chance to further consolidate around these given levels. The levels of 5649, which is the 200-DMA for the Markets shall continue to pose immediate resistance.

The lead indicators paint a neutral picture. The RSI on the Daily Charts is 40.6279 and it is neutral as it shows no negative divergence or failure swings. The Daily MACD too is still bearish as it trades below its signal line.

Overall, thought the Markets have continued with its pullback, it is approaching its key resistance levels of 200-DMA. Even if its continues with its up move, the chances of mild profit taking or consolidation around these levels cannot be  ruled out. With no trend reversal at this moment and just a pullback, Markets should be approached very cautiously until it moves past the 200-DMA. Until this happens, continuation of selective approach with cautious outlook towards the  Markets is advised. 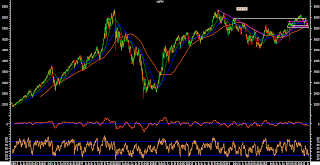 Today would be an important session for the Markets again. The Markets staged a pullback yesterday and has halted exactly at one of the pattern resistance, a double bottom support which it breached on the downside. It would be important to see if the Markets hovers and consolidates around those levels or continue with its up move. Overall, a flat opening is expected today and intraday trajectory would continue to play important role to dictate the trend for today.

The RSI—Relative Strength Index on the Daily Chart is 36.7848 and it has crossed above from its oversold territory which is a bullish indicator. Apart from this, it is neutral as it shows no bullish or bearish divergence or any kind of failure swings. The Daily MACD still continues to remain bearish as it trades below its signal line.

On the derivative front, NIFTY futures have went on to add over 7.89 lakh shares or 4.33% in open interest. The positive reading of this figure is that new fresh longs have been added and the rise that we saw yesterday is not just a short covering in the Markets.

Overall, it is likely that the Markets continues its up move but at the same time may see some consolidation until it significantly moves past its 200-DMA levels which it breached on the downside.

All and all, until the Markets moves past its 200-DMA which it breached on the downside, it may continue to see up move but would also see two way volatile movements and bit of consolidation in between. The movements may remain volatile and also range bound until a comprehensive trend reversal is first attempted and confirmed. Until this happens, trades are advised to take a extremely short term view and take very selective and stock specific approach while protecting profits in an extremely vigilant manner. Overall, cautious outlook is continued to be advised for today. 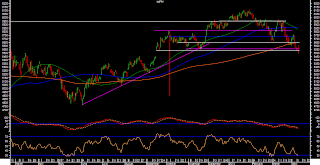 The RSI—Relative Strength Index on the Daily Chart is 29.1077 and it now trades in OVERSOLD territory. It has reached its lowest value in last 14-days which is bearish but it does not show any bullish or bearish divergence. The Daily MACD continues to trade below its  signal line and therefore continues to remain bearish.

On the derivative front, NIFTY futures have added yet another massive 10.46 lakh shares or 6.09%  in Open Interest showing continuous addition of massive shorts in the system.

All and all, even with the Markets remaining in overall falling channel, a possibility of technical pullback cannot be ruled out. However with no trend reversal in sight and this may being just a pullback, volatility cannot be ruled out. While avoiding shorts at these levels, selective purchases may be made. Overall, very selective approach with high degree of caution is advised for today. 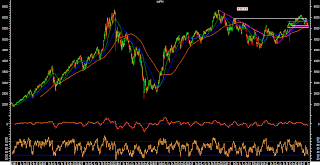 Today’s analysis remains no different than yesterday. The markets  shall open on a flat to modestly positive note and look for directions. The Markets are trading near a pattern support after breaching 200-DMA while adding short positions and therefore it would be crucial to see if they take support near these levels.

The RSi—Relative Strength Index on the Daily Charts is 31.8062 and it has just reached its lowest value in last 14-days which is bearish. However, it does not show any bullish or bearish divergence and trades around nearly oversold levels. The Daily MACD continues to remain bearish as it trades below its signal line.

On the derivative front, NIFTY Futures have once again added over 5.44 lakh shares or 3.27% in open interest which indicates continuation of creation of heavy shorts into the system.

From the above reading it is clear that in the over 150-point fall that we saw in last four sessions, the Markets have continuously added open interest and this signifies creation of fresh shorts in the system. Secondly this has also brought the Markets near its oversold levels. Having said this, since the Markets trades near its pattern support, minor weakness here or there, there are bright chances of a technical pullback, upto 200 DMA, even if the Markets overall continues to  remain in a downtrend.

All and all, as mentioned, there are chances of technical pullback, even if the Markets remains in overall downtrend as the Markets sits on huge shorts and near its pattern support, nearly oversold. In such circumstances, while avoiding shorts, selective purchases may be made while very vigilantly protecting profits at higher levels. Profit protection would be required as the Markets may see technical pullback, but still continue to remain in a downtrend. Overall, continuation of cautious outlook is advised for today. 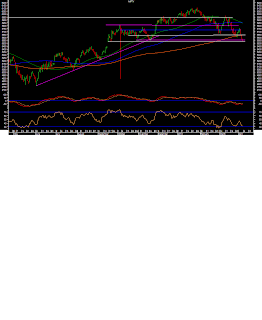 Today, we are likely to see some initial weakness as we go into the trade today. Expect the Markets to open on a modestly negative note again and look for directions.  Though the Markets have lost over 150-odd points in last three sessions, it is yet to get Oversold. Further, with no directional triggers, some weakness is likely to  continue in the initial trade.

For today, the levels of 200-DMA which the Markets breached, i.e. 5641 would continue to act as immediate resistance for the Markets. The Markets shall consolidate, but no reversal of the trend would occur until the Markets move  past these levels.

On the derivative front, NIFTY futures have continued to add over 10 lakh shares again or 6.43% in Open Interest.

The only positive reading here is that the NIFTY has been adding heavy open interest with the fall that we saw in last three sessions. This means that there are heavy short positions that have been created in the system.

Given the heavy short positions, the Markets may see a pullback later today or in a day or so, but as mentioned above the 200-DMA that it breached on the downside shall continue to act as resistance. Given these levels, it is now advised to avoid shorts but at the same time remain highly selective in making purchases avoiding heavy exposures. Overall,  cautious outlook is continued to be advised.